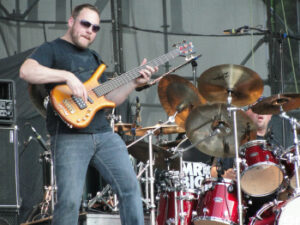 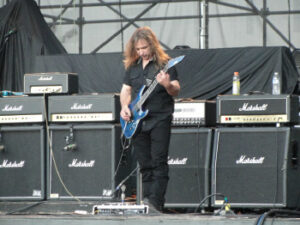 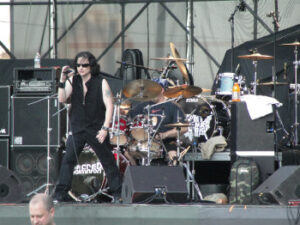 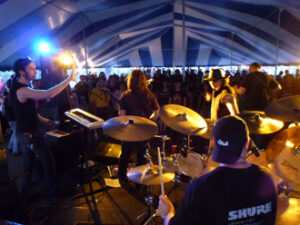 Sacred Dominion is a collection of musicians from diverse musical backgrounds and influences that have come together to create aa brand of music that crosses demographic lines and genres from rock to metal. Their brand of music is progressive, powerful and melodic with an often conceptual lyrical undertone that will entertain as well as make you think.

SD was the musical concept of Mario Brescia and Daniel Corso back in 2005 when they played a music festival event known as Bandanarama 4. Playing The Who song, "The Real Me" together with Jeff Anzelone, they decided that Jeff was a good fit to be part of the anchor of the band. After putting together a Christmas benefit show with a great group of musicians, Jeff found the other end of the SD anchor, bass player Benjamin Chiarini.  The four started writing music together once or twice a month over a few beers until the music and songs came together one day and they realized they had something special.

As the band jelled doing live shows the energy and demand from the audiences propelled SD to go into the studio and record the music. There, working with Dave Watson, they found their keyboard player and missing link to the music and a new member of The Dominion. Dave provides a tasteful plate to go with the incredible monster bass lines of Chiarini and the attacking precision of Anzelone on the drums. Together with Corso's guitar style and Brescia's belting vocal, Sacred Dominion has created a set of songs that could only be written together by great friends with great chemistry and huge hearts with a passion for life and music.

Going forward with the release of their record "The Inside" Sacred Dominion is looking forward to supporting the new record and seeing all of you and thanking you all for your support over the years in standing in there with us. We thank you all greatly and are absolutely humbled and inspired by all of you and are grateful for the small piece of the world is listening and enjoying to something that was out of great inspiration with great friends and musicians. Maybe The Dominion will spread around the world someday.